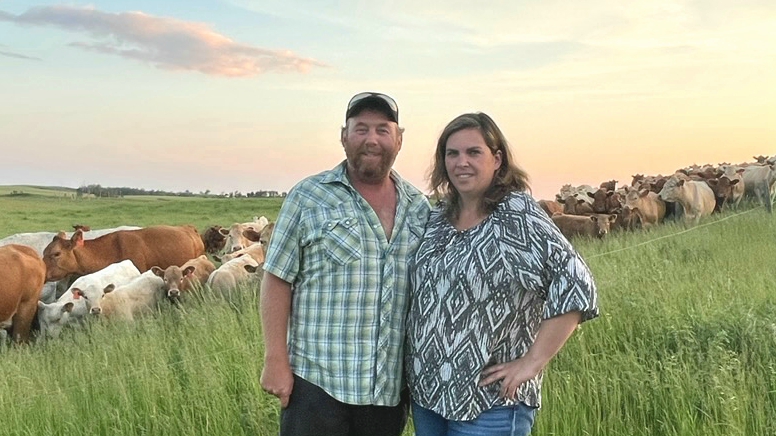 Bill Alexander is a fourth generation cattle producer who farms near Lenore, Manitoba. Bill and his wife Darla recently signed two Conservation Agreements with Manitoba Habitat Heritage Corporation (MHHC) to protect their grassland pastures and preserve the natural ecosystems on their farm.

“Our farm is strictly a cow-calf operation,” said Alexander. “The soil just isn’t suited to grain. The farm does much better in grass. Keeping it in pasture with perennial grass and forage cover really helps the soil.”

“My neighbor was telling me about conservation programs that provide financial support to cattle producers to protect wildlife habitat, including grasslands,” Alexander said. “Darla and I checked out the programs being offered by a few conservation organizations. After contacting Ian Fortune, a habitat conservation specialist with Manitoba Habitat Heritage Corporation, we found what we wanted.”

Bill and Darla’s farm plan to preserve and sustainably manage their native and tame grassland pastures fit perfectly with MHHC’s goal to work with Manitoba cattle producers to protect grasslands and maintain healthy habitat for wildlife, waterfowl, and Species at Risk.

When Bill Alexander’s great grandfather Frank Alexander homesteaded the farm 137 years ago, it was a broad fescue grassland plain with some hummocky ridges, interspersed with lakes and sloughs. Today the farm is a beautiful mix of grasslands, woodlands and wetland habitat. 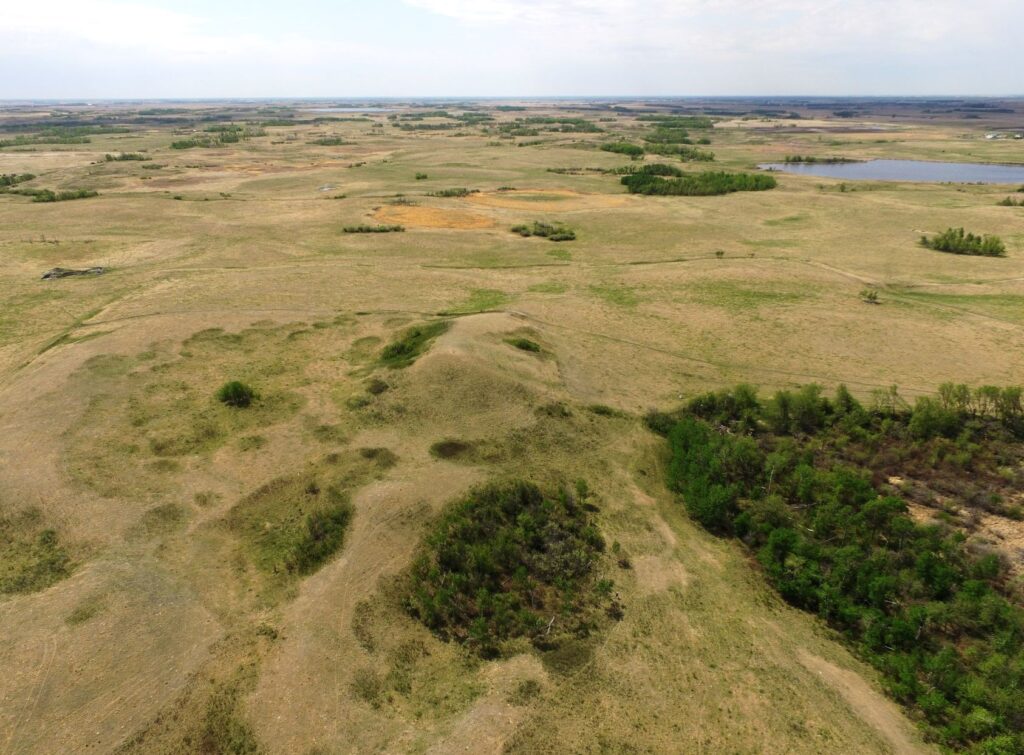 Drone photograph of the Alexander farm

“Most of the original Mixed Grass Prairie is now cultivated cropland, which is a challenge for wildlife and bird species that adapted to a grazed grassland ecosystem for 8000 years prior to settlement,”

said Fortune. “The key to protecting grassland species is supporting cattle producers and their grasslands. From a resource inventory, MHHC found that the Alexander farm is host to a variety of grassland birds like Sharp Tail Grouse and many species of waterfowl such as Blue Winged Teal, Mallard and Northern Shoveler.”

“Darla and I decided to sign two Conservation Agreements with Manitoba Habitat Heritage Corporation,” said Bill. “The Agreement is registered on the title of the land. It designates wildlife habitat areas that are protected in perpetuity, including our tame and native grassland pastures. We like that our Agreement allows us to rejuvenate the tame grasslands if the stand gets weak.”

“There was some hesitancy with signing up in perpetuity, but our grazing plan didn’t have to change and the financial compensation for protecting the grassland pastures and habitat was pretty good,” Bill said. “I mean, you always want more, but it seemed fair.”

“Working with Ian through the process to sign up and register a Conservation Agreement with Manitoba Habitat Heritage Corporation went well,” said Bill. “MHHC looked after everything. Ian was excellent to work with.”